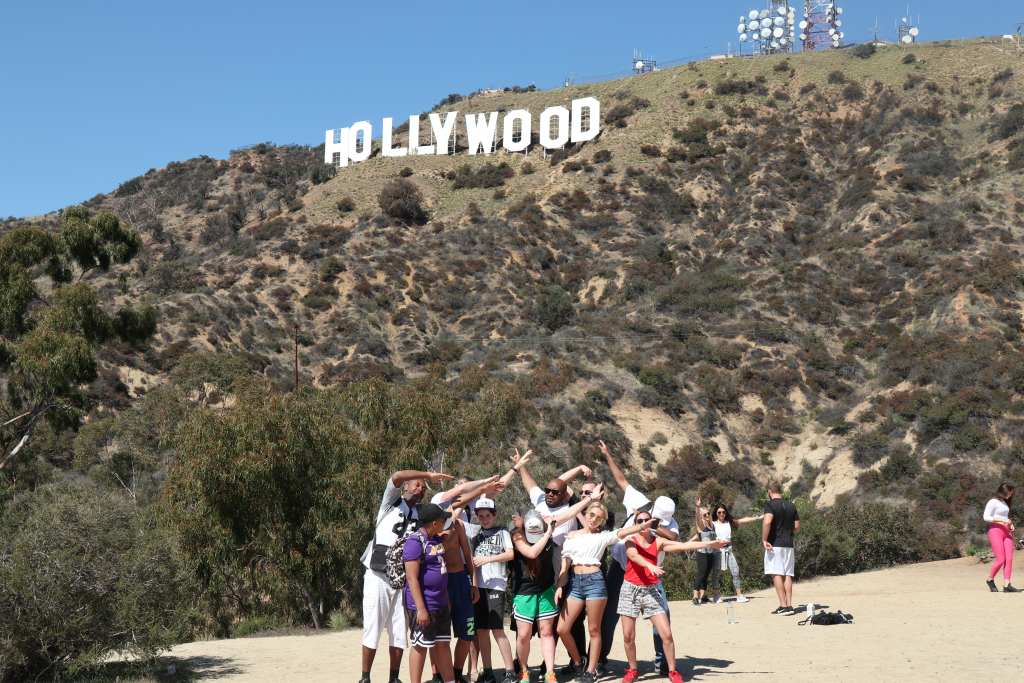 With the partnership of the Quartier Ouest association, Sapsnshoes is proud to present its yearly project Frenchies Love L.A feat SF, which aims to organize once again a trip from Paris to Los Angeles, and also to San Francisco for the first time of its existence.

–Sapsnshoes is an establishment which gathers:
-A website dedicated to sports and urban culture, sapsnshoes.com.
-A team which organizes particular events, such as Frenchies Love L.A.
-A brand inspired by codes from fashion, streetwear and sports.
-A total of 6000 followers, on Facebook and Instagram.

The Quartier Ouest association, which is located in Normandy, was created 13 years ago and is considered nowadays as a french reference in the organization of sports events linked to Basketball.
Among these events, there are youth trainings, caritative actions, but also tournaments, such as the Quartier Ouest which is the most famous of all these exhibitions. Its aim is to gather men and women who play basketball at different levels, being pros or amateurs, so they can compete against each other, while they come from the entire France or Europe, but also from Japan, and even from the United States of America.
One of its most famous guest was the International French Player Nicolas Batum, who currently plays for the NBA team of the Charlotte Hornets.
This trip was built independantly by the Quartier Ouest association, so we propose it to our members without requiring any help of travel agencies.

Our trips are open to everyone, as long as you are a member of our association for this current season.

For those who don’t really know this famous city, it’s a place with a diversified environment, where the desert and the sea are both mixed to urbanism. But the most important thing to know, is that this town includes some of the biggest companies linked to sports, movies, music and many more things.

Among the mythical names associated with Los Angeles, you can count on Hollywood, Beverly Hills, Santa Monica, Venice Beach, and even Malibu, while many more remain.

This city has more than 18 millions inhabitants who are part of a strong ethnical plurality. From Chinatown to Crenshaw or even El Pueblo, it’s almost a city which already has its own world.

And for those who are attracted by other horizons, remember that you can easily travel to other cities, such as Las Vegas, San Francisco, Grand Canyon, San Diego, Tijuana, and many more places to visit from Los Angeles departure.

Of all the biggest metropolis in the world, no doubt that Los Angeles is the most fascinating and attractive one.

This trip offers you the possibility to discover the places that must be seen in this city, with a comfortable pace so you won’t feel tired, making it an ideal package for families and groups.

Founded in 1776 by Spanish people, and named so to honor San Francisco de Asis, this city became more important with gold digging. Later, with the beginning of the Levi Strauss & Co company, this city saw the birth of the jeans.
Nowadays, this is the 4th metropolis of the United States, in terms of population.

The south part of this city is controled by the San José municipality, and the Silicon Valley. This last one is the most important gathering of elite technology companies in the world. It host an important part of renouned companies, such as Cisco, Apple, Tesla Motors, Hewlett-Packard, Google, Intel, and even Facebook.

Among its colleges, we can count on the Stanford and the Berkeley universities, both being famous in the world.

Known as the 3rd prefered american city by french tourists, San Francisco is famous for its Golden Gate bridge, the island of Alcatraz that was formerly known for its eponymous prison, places such as the Fisherman’s Wharf, the Transamerica Pyramid or the Coit Tower; but also for its victorian houses, its cabled cars and its numerous hills.

Regarding sports, this city is known for hosting the 49ers from the NFL league, the Giants from the MLB, and also the Warriors from the NBA.

Fond of US Sports, cinema or travels? Whether you are a child or an adult, anyone can participate in this project, as long as you are a member of the association.

Here are the 5 major points that will guide every person interested during this trip, allowing it to be a pleasant experience.

1)Weather
If you don’t like french winters, you should know that here, at Los Angeles, the sun awaits your coming, even in this scheduled season. If you don’t want to let the weather change your mood, then coming is here the perfect choice.

2)Beach
If you like the 90’s years, then the Baywatch tv show should remind you something, right? Well, you should know that the famous beach of Malibu, that was the main asset of this show, can be found nowhere else than here, at Los Angeles. And if you want more, there are also other famous ones, such as Santa Monica, or even Venice Beach.

3)Cinema
There is one point always associated with Los Angeles, and it’s Hollywood. With so many brands linked to the movie industry, and groups of famous actors and actresses, it’s now or never to get closer to such world and understand it. If you love cinema, then welcome to Los Angeles!

4)Shopping
Nothing’s more pleasant here than succumbing to shopping temptation. If you come to the Outlets, Sunset Boulevard or also Rodeo Drive, even if you don’t spend money, wandering here is sufficient for anyone who is curious.

5)Basketball
Since it’s the focal point of our trip, we also have to remind you how important is basketball here. Los Angeles is the home of college campus such as UCLA and USC, where famous basketball players have spent time before joining the NBA, like DeMar DeRozan, Kevin Love, Reggie Miller, Kareem Abdul Jabbar, or Russell Westbrook. But more important, it’s here and nowhere else that you will have the opportunity to attend some games at the Staples Center, home of 2 NBA franchises, which are the Clippers and the Lakers. There are also numerous playgrounds, where lots of basketball players came before reaching the highest level of competition.

Anyone who loves Basketball will be pleased to come here!

The Frenchies Love L.A project remains an associative trip, and its main goal is to discover the american culture, so it can gather different fans of a city, a region, a state, on the same trip. That one will cover flights from Paris to Los Angeles, housing, NBA games, and scheduled activities.

Tourism:
You will have the opportunity to discover Los Angeles greatest places by shuttle, while acting like a star at the Walk of Fame.

NBA Fan Experience:
Every year, the NBA allows us to participate on Fan Experiences.
Among these ones, there is the Pre-Game Warm Up, which allows us to watch the NBA players near the NBA court, while they are warming up before the game.
There’s also the Fan Tunnel Experience, which allows us to check players and staff members during halftime, on Clippers game.
However, we had the possibility to attend the ultimate experience on our previous trip, which was… the ability to play on the Staples Center court for 1 hour and 15 minutes!

Surprises:
On the previous trip, young players had the opportunity to attend a basketball training with american coaches, at the Black Mamba Academy which is owned by the famous Kobe Bryant. These young kids could also play on an American Campus, thanks to Heart Of Los Angeles association.
For people who don’t play basketball, other surprises are planned by our team.

If you want to go somewhere else by yourself, there will be many day off occasions for you to do so. Because when you like Los Angeles, there are places that need to be seen, and explored. It will be then the perfect moment to discover them with your own ressources, and experience more possibilities.

Some of these surprises won’t be part of the program, and will sometimes need some additional costs from interested people.

During this trip, our main hosting place will be in Santa Monica, for the whole part of the project (except for some few days spent at San Francisco). Among fans of GTA V, many of them know this city for its beach and its pier, both associated to the Ferris Wheel of Palisades Park.
The Third Street Promenade is also weel known, for its restaurants and numerous shops, like Nike, Shoe Palace, Footaction, Footlocker, Champs, and more. In other words, everyone will find satisfaction there.

Since offers are limited by the number of remaining seats, the sooner you book for this trip will be the best for you. Registration will be open until the end of November 2019, with a limited number of seats.

Interested by this project? Questions which need to be answered? Contact us at the following mail adress: jimmyyamba@gmail.com

You can find videos of our previous trips below.